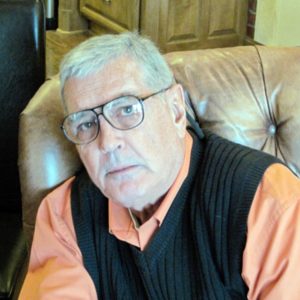 Coach Epperley graduated from Stillwater High School in 1958 where he played basketball for Coach Martin “Red” Loper. After high school Cecil, along with three of his high school teammates, Don Linsenmeyer, Moe Iba, and Eddie Bunch went to play at Oklahoma A&M under Legendary Coach Henry Iba. Starting in ’68, Cecil played in 75 games over a three year period. His senior season he averaged 12.7 points per game and 10.3 rebounds and was named Second Team All-Conference.  His name is still listed in every rebound category in Oklahoma State Basketball history.

Cecil started his coaching career in Liberal, Kansas.  From there he moved on to John Marshall High School in Oklahoma City. Epperley came to Bartlesville as a coach in 1968. In three seasons his teams had a record of 52-23 and finished as state runner-up in 1969.

From 1970 to 1973 Cecil returned to OSU as an assistant to Sam Aubrey for three seasons after the retirement of Coach Iba.

He returned home to Bartlesville in 1973 to go into the banking business. Cecil spent 14 years as a volunteer coach at Bartlesville High School where those teams compiled a record of 242-103, five state tournament appearances and one state runner-up in 2005.

No Replies to “Cecil Epperley”