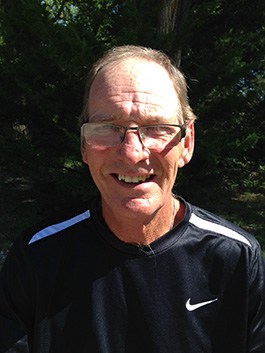 In 1972 and 1973 Pat Ritchie reigned supreme in the Oklahoma high school tennis ranks.  In both his junior and senior year he was the #1 singles player in the state and won two state singles titles. Ritchie grew up playing tennis both on the Oklahoma and national junior circuits. He credits his late father, Dr. T.A. Ritchie, who played tennis for OSU, for teaching him and his nine siblings the game.

Pat was not only a talented tennis player but also a two-year starter on the Sapulpa basketball team. In his senior year Pat was named All-Conference and honorable mention All-State as a basketball player. After high school Pat accepted a scholarship to the University of Tulsa to play both tennis and basketball.

Pat’s college tennis career was nothing short of fantastic. He was a four year letterman and was twice elected captain of the team. He played #1 singles for three years and was the MVP his sophomore and senior year. Pat was also voted to Missouri Valley All-Conference team three straight years and was named to Oklahoma’s All-Decade team for the 1970’s. After college he continued to play in some professional tournaments throughout the U.S.

In 1978 Pat came to Hillcrest Country Club as the head tennis pro and has held that position now for over 30 years. As the pro, Ritchie is responsible for every aspect of the tennis program. He sets up all tennis leagues, clinics and socials, maintains both indoor and outdoor facilities and manages all tennis employees. Pat and his wife, Linda, also manage the Tennis Shop. To this day Ritchie is the only professional tennis coach in the Bartlesville area and he has worked with many successful junior players in the Oklahoma and Kansas areas. Numerous students whom Pat has coached have gone on to play college tennis and received athletic scholarships. Most notably both Pat’s children had national success in junior tennis and both earned scholarships at Division I universities. Pat is a member of the U.S.T.P.A. and continues to remain one of the most sought after and respected tennis professionals in the state. Pat and Linda have two children J.P. Ritchie and Kaitlyn Ritchie.